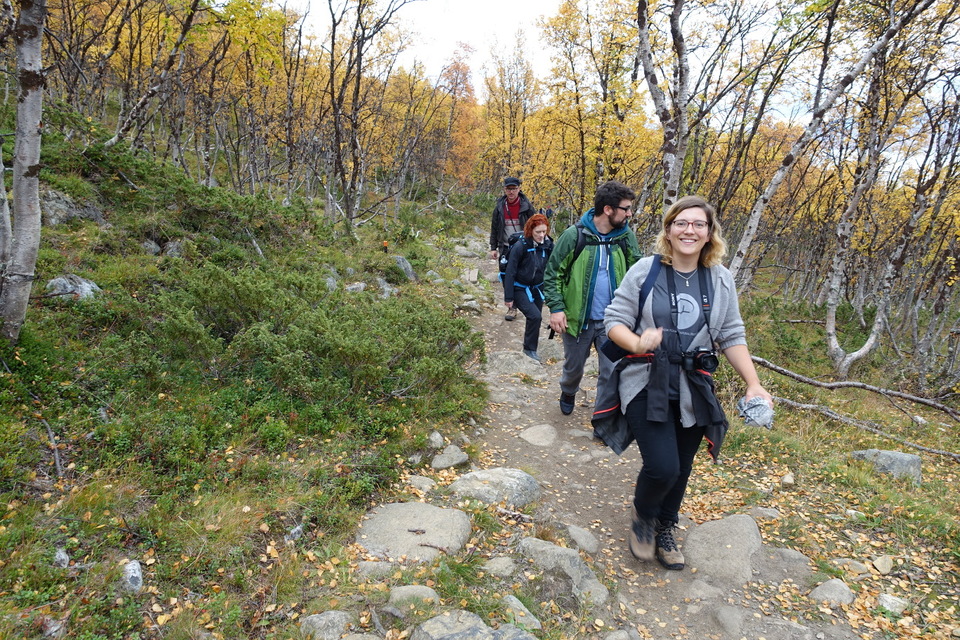 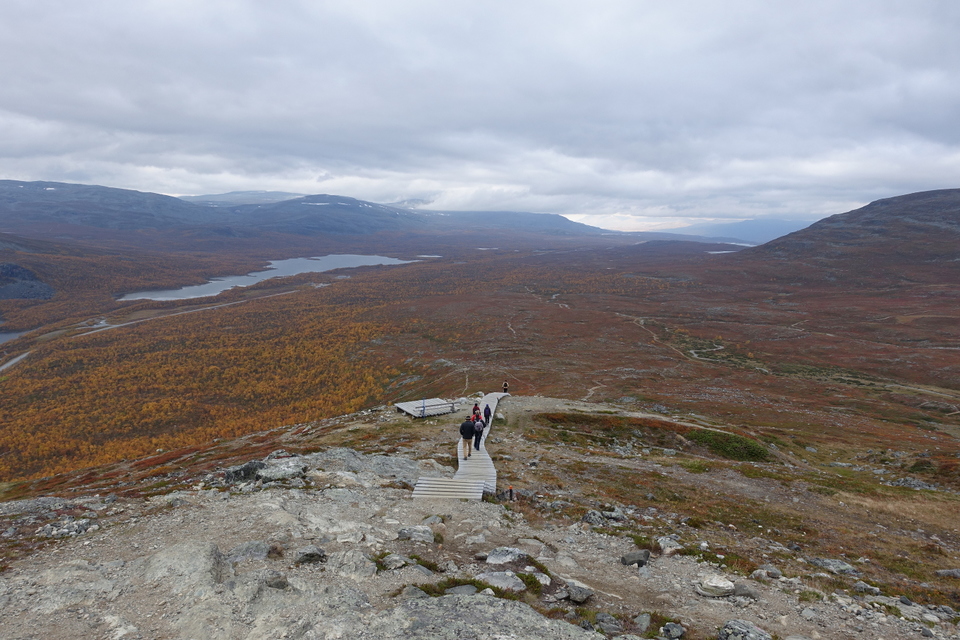 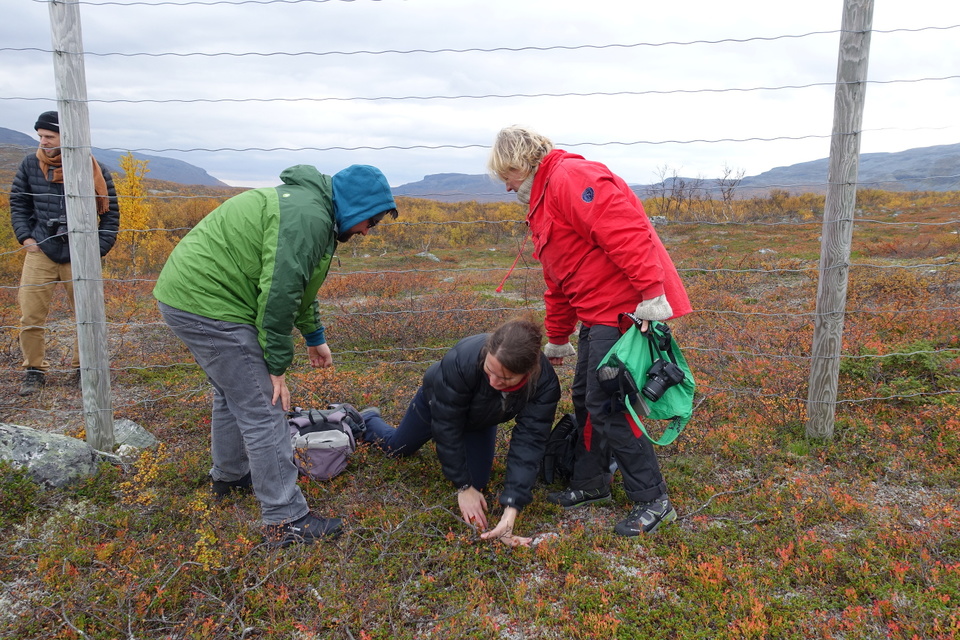 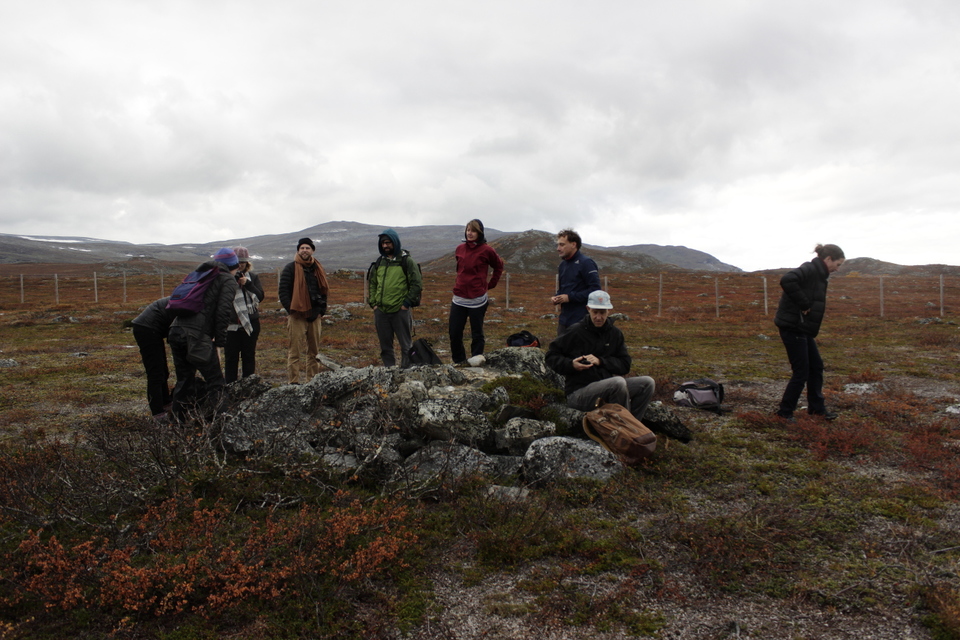 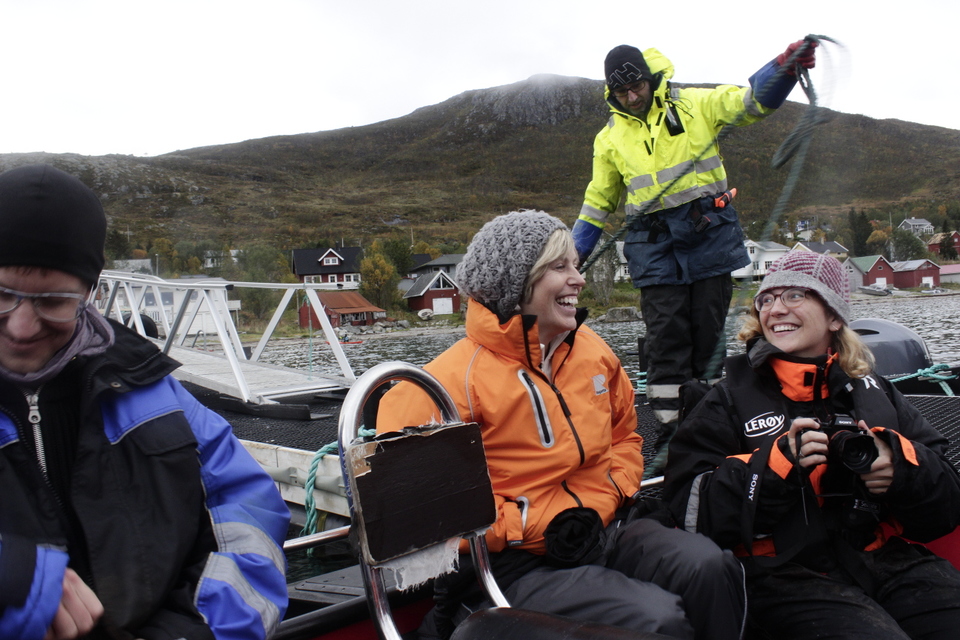 We envisioned our week at the Kilpisjärvi Biological Research Station to be one of exploring and questioning what it means to draw a line around a biological entity or grouping. As the founders of the Center for PostNatural History (www.postnatural.org) in Pittsburgh, PA, we have found it useful to set a very clear definition for what we mean by ‘PostNatural’: living things that have been heritably and intentionally altered by humans. This includes organisms that have been domesticated and changed through processes of selective breeding, such as dogs, chickens, and agricultural crops, as well as organisms that have been genetically modified, such as many types of laboratory mice, bacteria, and agricultural crops (again). Until Field_Notes, we hadn’t had an opportunity to interrogate what our definition of the PostNatural left out—all the living things, habitats, environments, and non-living entities that have been altered—unintentionally or in ways that are not heritable. This was the main question that our group explored. 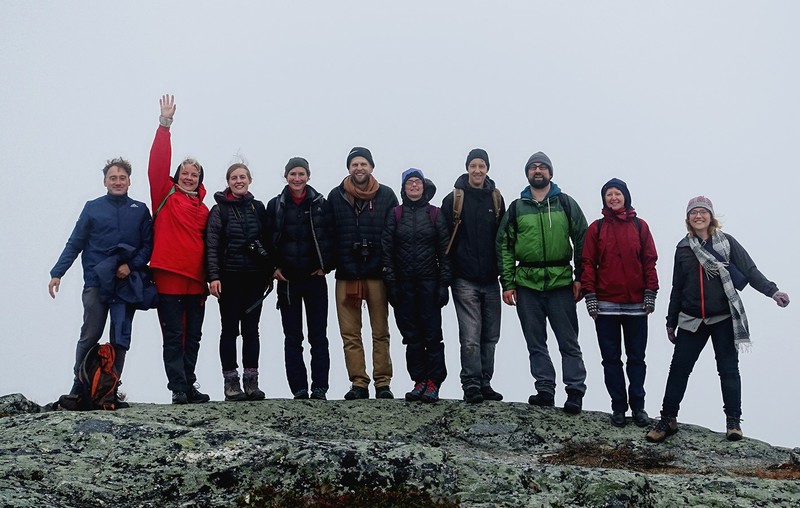 The PostNatural Field_Notes group was comprised of artists, scientists, and designers who have experience with the different sorts of organisms and earthly entities mentioned above. We planned to take several field expeditions to collect specimens that might provide evidence of human intervention with the environment, and bring those specimens back to the station for iterative rounds of categorization and taxonomy-building based on historic science and philosophy texts provided in our reader. 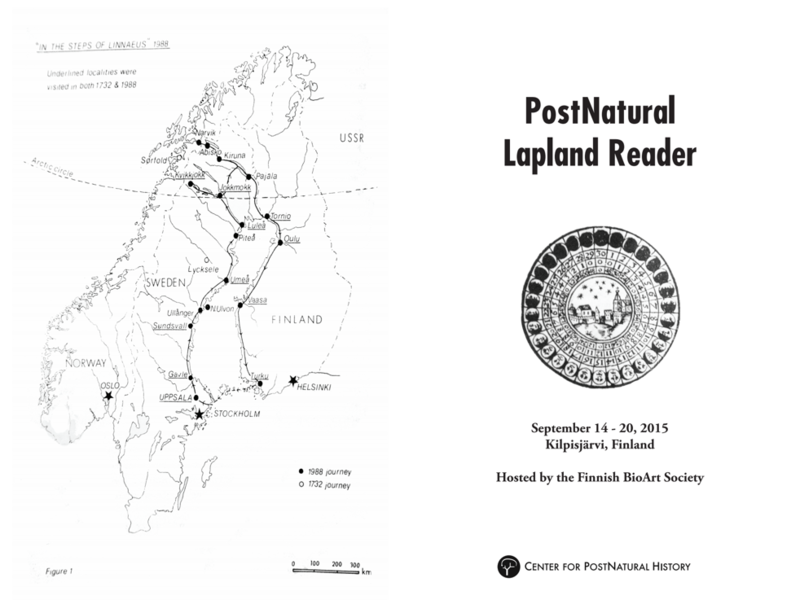 Of course, we ended up planning too many activities for our short period of time, and the addition of a once-in-a-lifetime trip to visit a functioning industrial salmon farm off the coast of Tromsø demanded that we make one round of generative taxonomy building of all our specimens collected during the week. This compromise was definitely the right one, because it meant that we got to spend more time exploring together in the field, having many ongoing conversations while we hiked and explored several sites of PostNatural interest.

We climbed the steps of Saana Fell, and found that they may be an unintentional habitat for small rodents, plants, and insects?

In the afternoon, we visited the border fence between Finland and Norway. Reindeer aren’t allowed to cross between these two countries, but the fence doesn’t exactly align with the borders delineated on the map or the yellow piles of stone. This international border lies in a different place depending on your species. 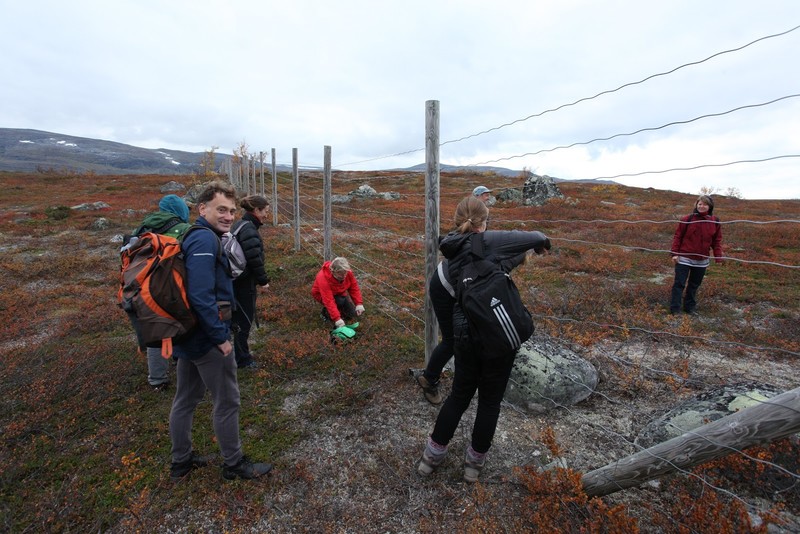 We drove to Norway again, this time in search of salmon pens used to store wild-caught salmon and used to house farmed salmon. We found both kinds, among other great finds (see below re: spontaneity) and had our own adventure with a runaway drone while attempting to document the salmon farm pens. 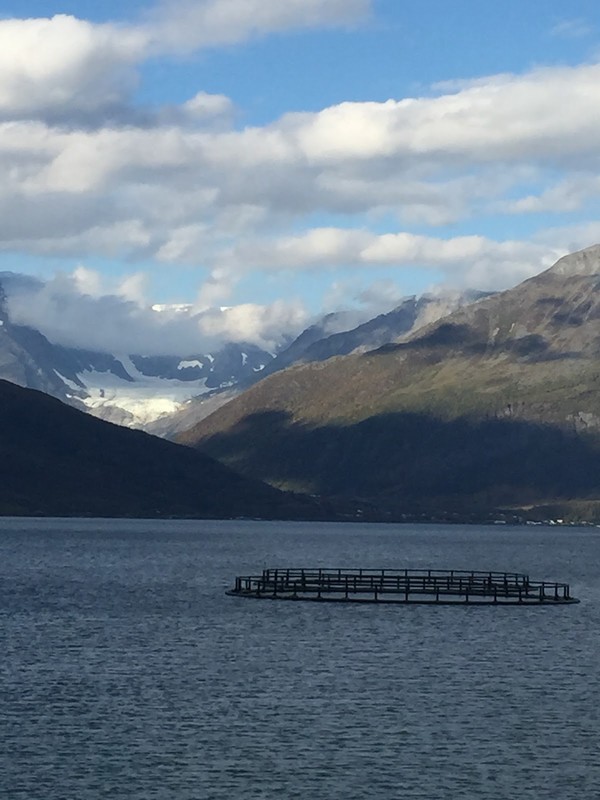 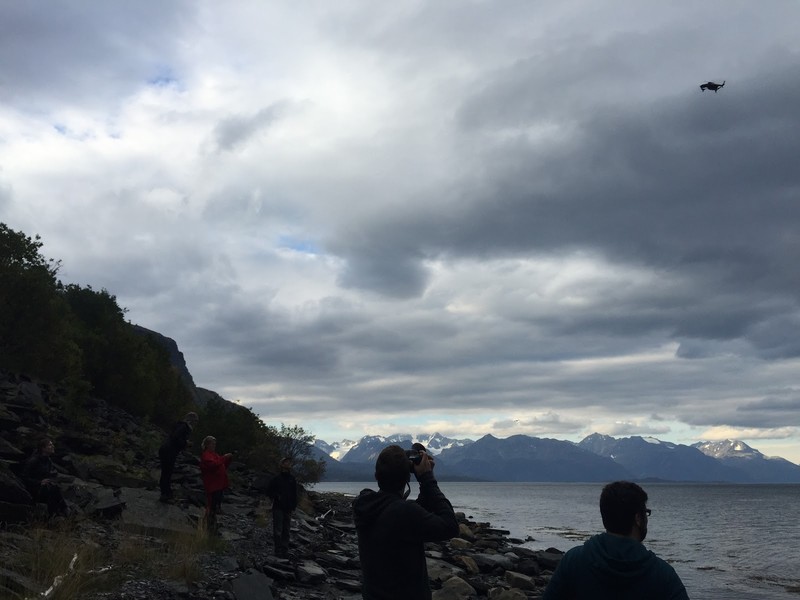 Boat to the convergence of three countries’ borders, and hike back through the strict nature preserve. 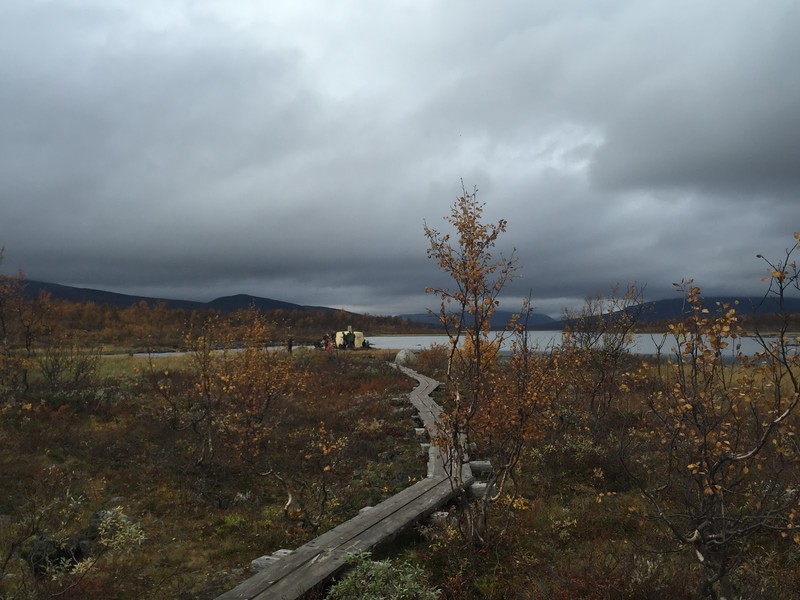 As we entered the Strict Nature Reserve we read the instructions for how to move and behave while in there. No detrailing/derailing, no picking of mushrooms or berries. Was it thus rather a lab than a field that we entered? What level of control was being imposed? Had it become a space for experiments? What was it that was meant to be reserved and preserved? As carefully as we could we observed our surrounding as we walked past fallen birch trees, newly laid out footbridges that had already gotten inscriptions, dead and alive lemmings and derelict WWII bunkers. Stretching out to fill up the brought bottles in a waterfall, it was striking that water wasn’t on the list of prohibited resources. Was it because most of it is passing through the area, just like we were?

Reindeer aren’t allowed in the strict nature reserve, but they go there anyway. They are like humans, unwelcome in this area that is reserved only for nature. We even saw a white reindeer, unlike the others. Albinism is a common trait among postnatural organisms, for various reasons--in the laboratory, albinism often means that an organism is inbred enough to only have that recessive gene. 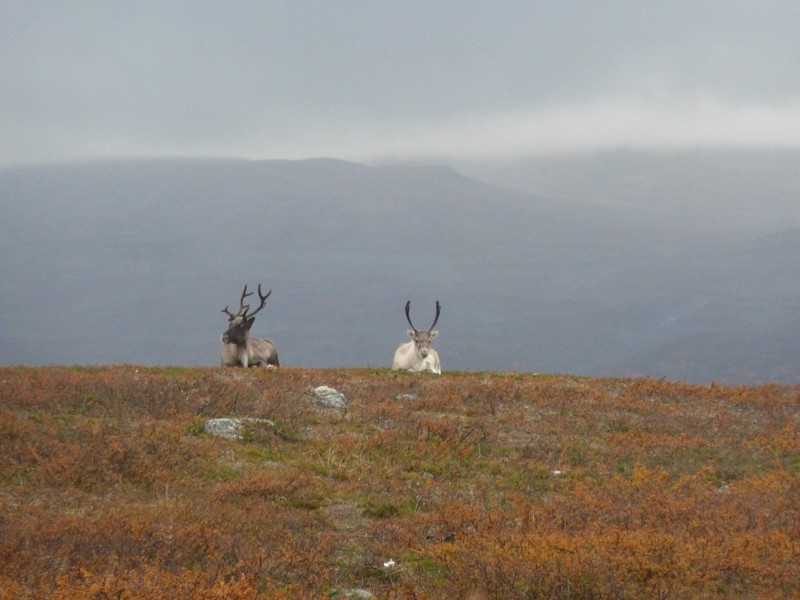 The taxonomy exercise brought out conversations on and feelings of the power of naming and categorizing, as well as the need to, simultaneously, keep categories open and be able to come to make-shift closures in order to be able to meet around something. It was illustrated by trying to figure out if several of us had seen the same kind of moss independently of each other the previous days. White moss? Reindeer moss? 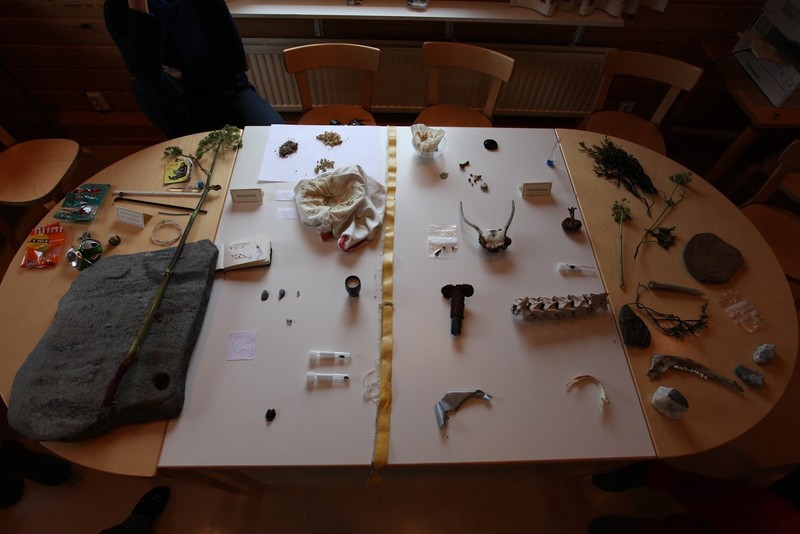 Day 5: Visit to a Salmon Farm

Half of our group had the rare opportunity to visit an industrial salmon farming operation in a fjord off the coast of Norway. The group traveled by small boat through a fjord framed by dramatic rocky cliff walls. Once the group arrived at the floating fish farm facility they were allowed to stand on the edge of the high density feeding pens and peer inside. The waters churned with masses of large fish leaping out of the water. In addition to the many questions and answers that were exchanged, the team accepted the unusual offer to taste the dogfood-like pellets of fish feed that fuel the operation. The farm contained approximately 2.5 million salmon and was just one of many similar operations in the region. 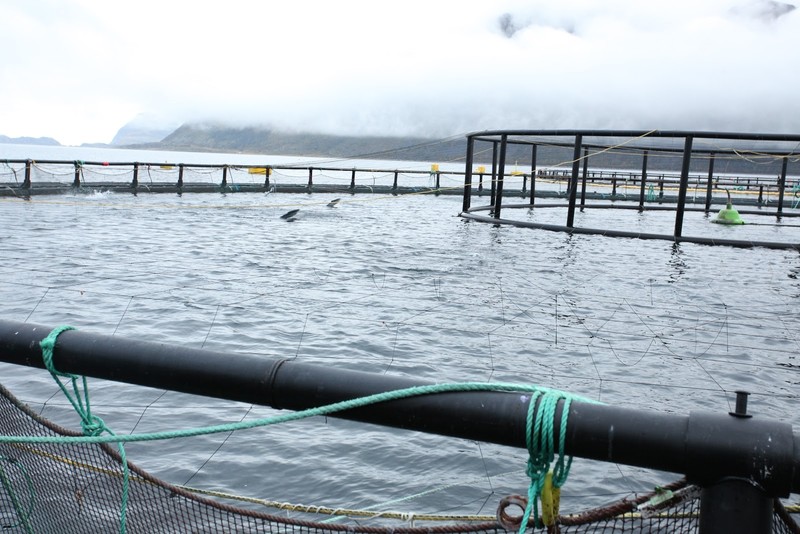 Our Second Order participant, Anna-Katharina Laboissière, made an example of our way of working with a stone that had a human-made hole drilled into it and Angelica archangelica. She mentioned that it was characterised by collecting stuff and allowing both the materials and conversations during our outings to spark experiments. The Angelica archangelica was used in an attempt to make cheese, or at least preserve milk. The stone was allowed to just be there for some time before it also found its way into the fireplace (kåta), where it became the base for bread-baking. 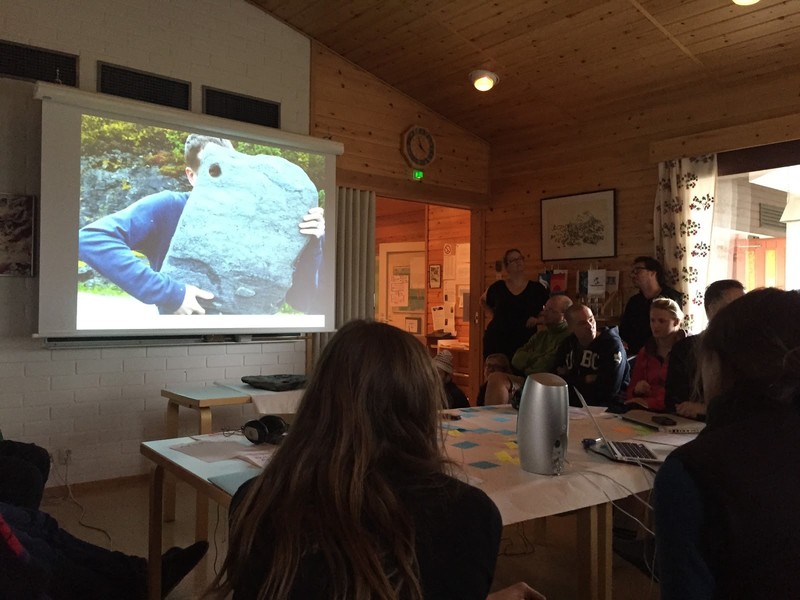 I don’t remember where the idea came from, but suddenly it seemed nothing could be more important than preserving milk and making cheese. It may have been when we were walking on Saana and guessing how alien plants could have arrived on travelers' shoes, creating diverse and exotic flora along the pathways, or when pooling our knowledge on the properties of plants, but I think it started as a conversation on the way to Norway, whilst driving and telling stories of folklore and place, and the idea gathered pace when we stopped to view a salmon farm and discovered a wild plant, taking a sample back to the field station to be identified by an expert. We believed it to be Angelica archangelica, an aromatic herb which the Sami used as a thickener of milk, as well as for its medicinal qualities. It turned out to be the ‘wrong plant’. Fortunately the Botanic Garden was able to offer a specimen with its taxonomy assured and then all we needed was reindeer milk. A substitute was obtained and the preservation process could begin. We were not cheese-makers and although information was sought from many sources, the procedure over an open fire was of an experimental nature. Carrageen from seaweed was added during the process and coffee filters allowed us to drain and separate what we believed to be curds and whey? 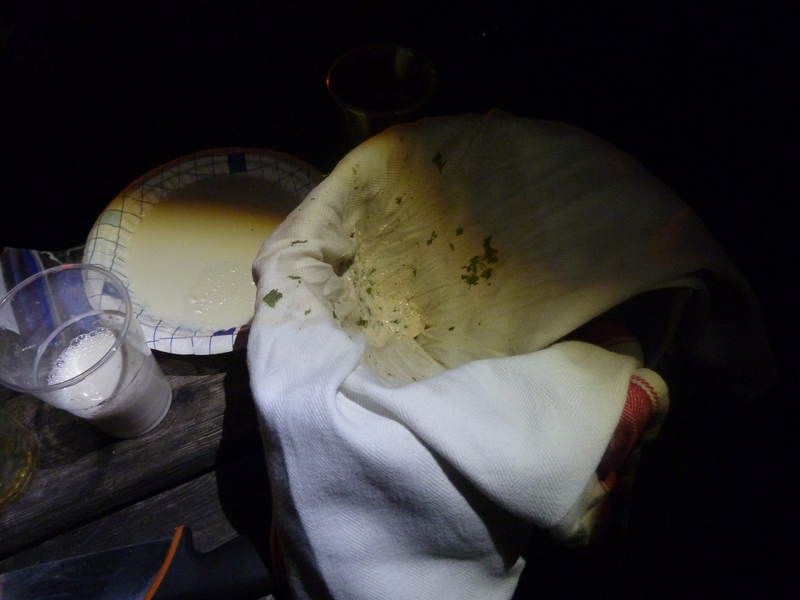 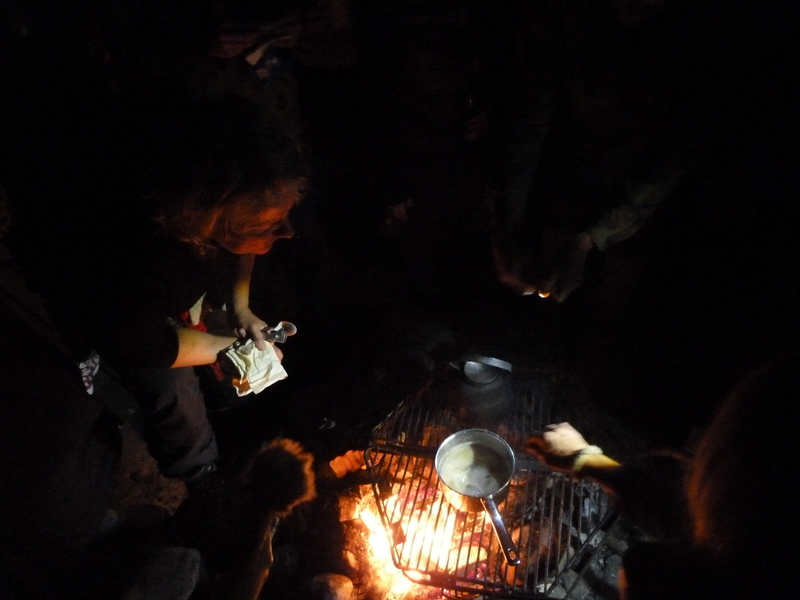 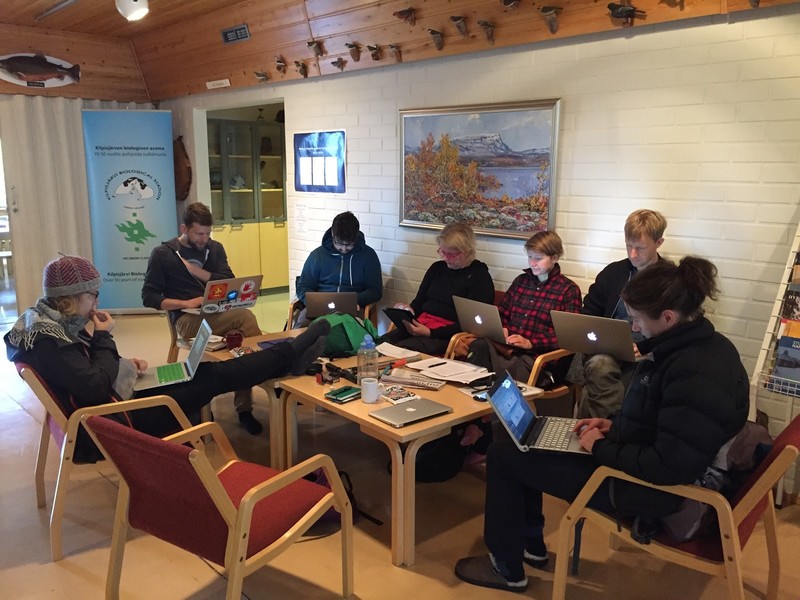 Here we are working very diligently on our blog post.