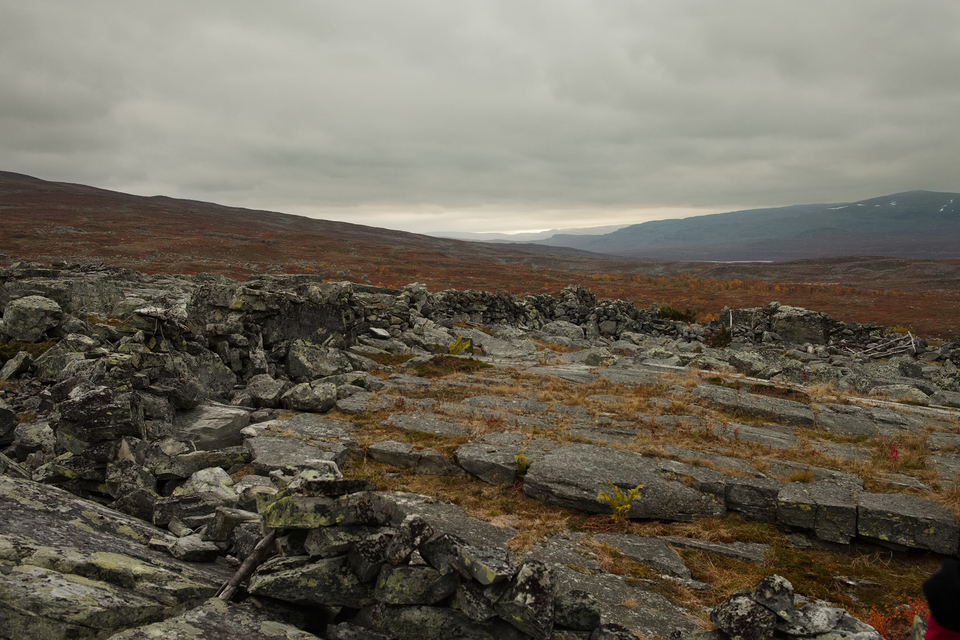 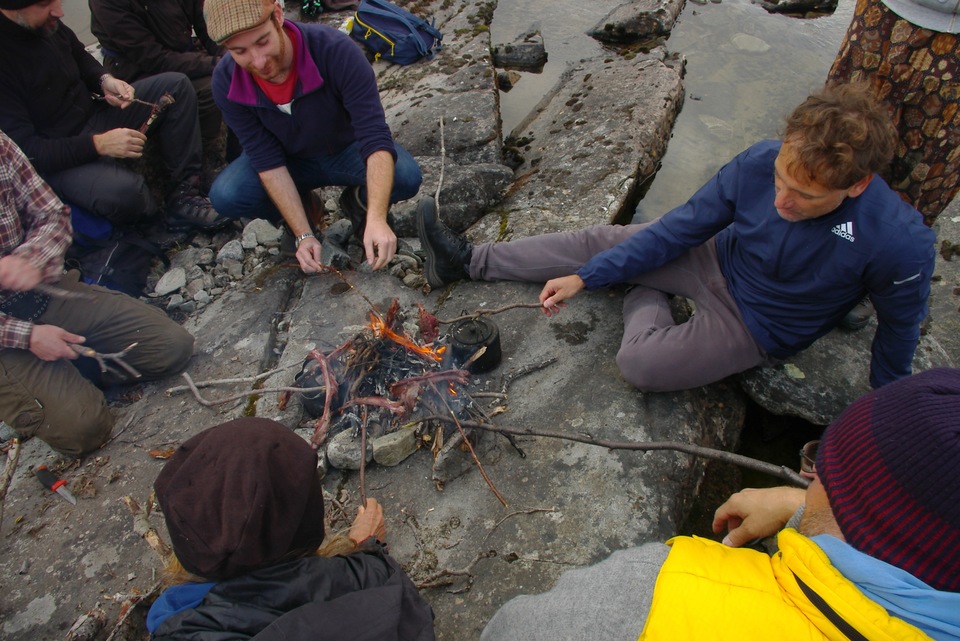 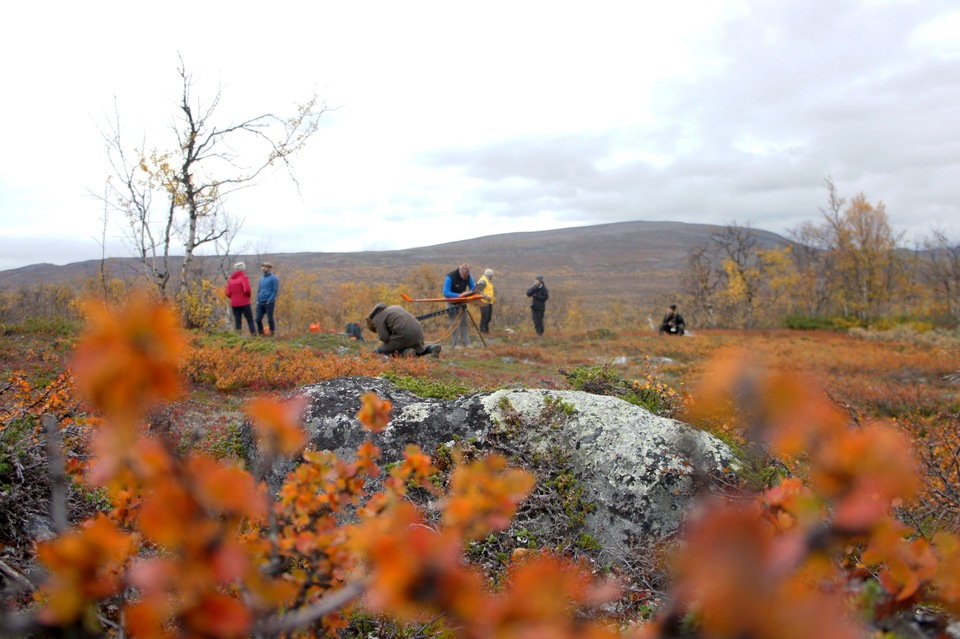 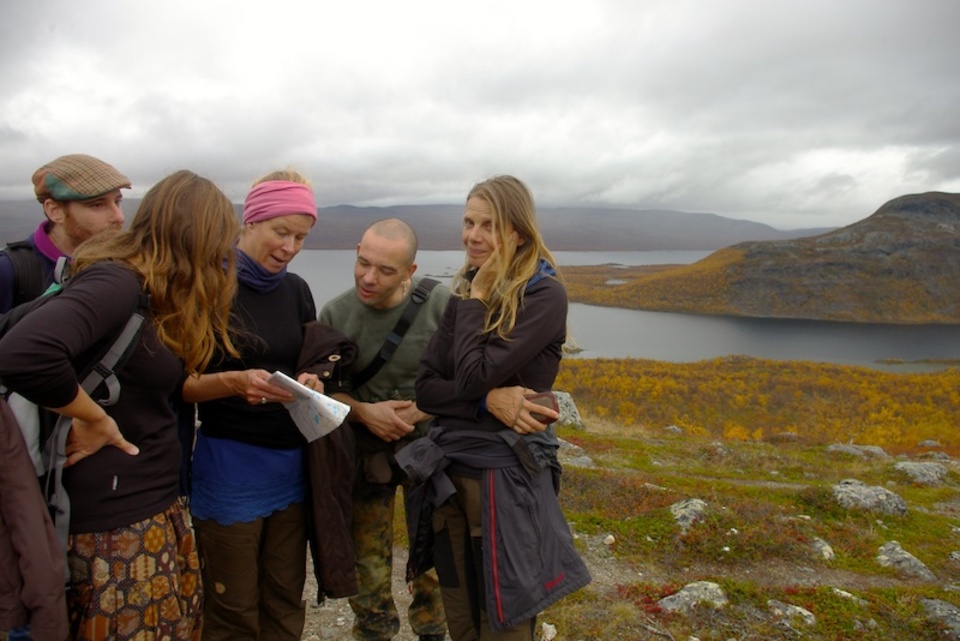 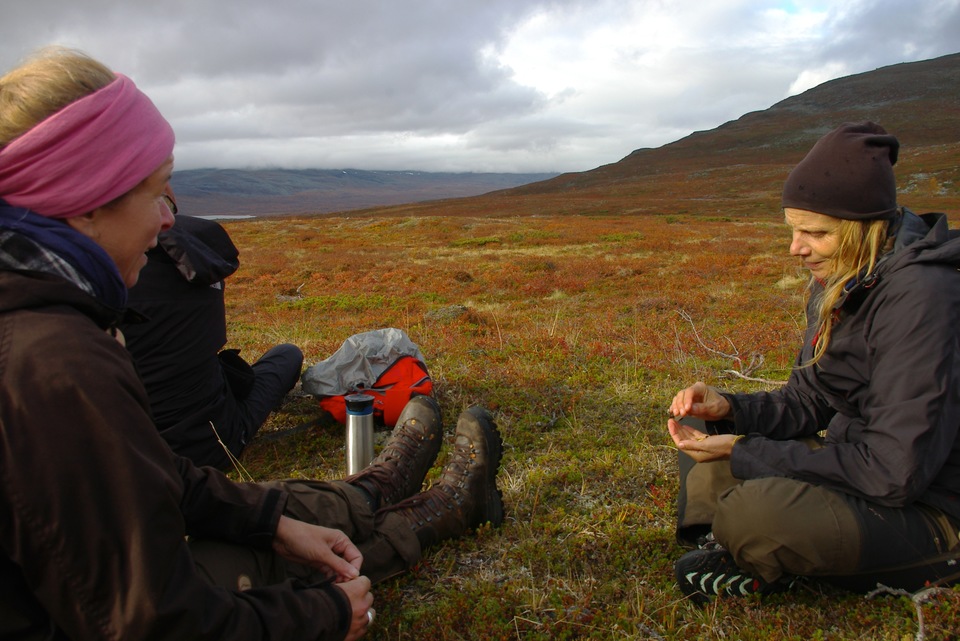 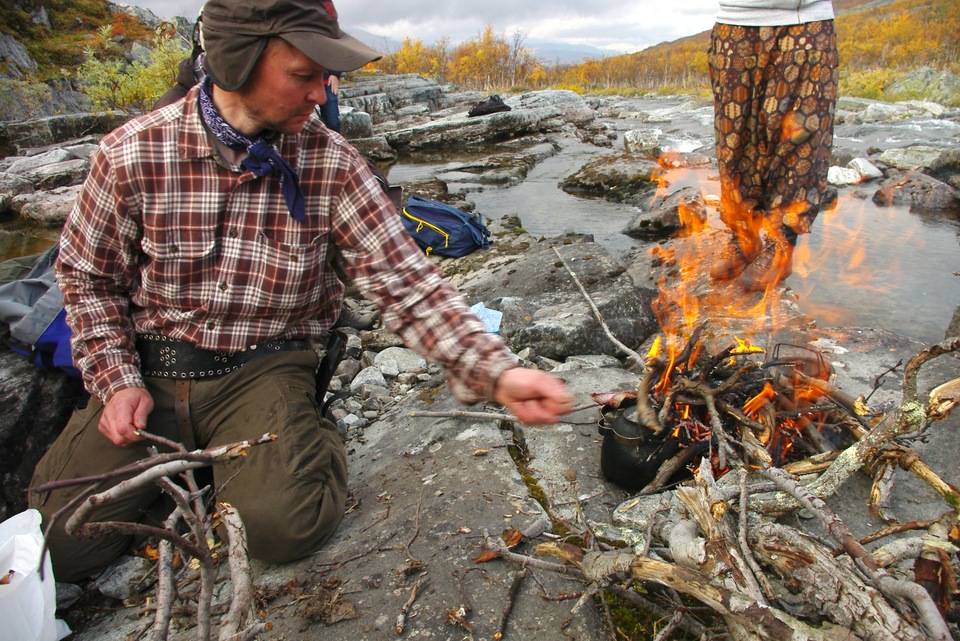 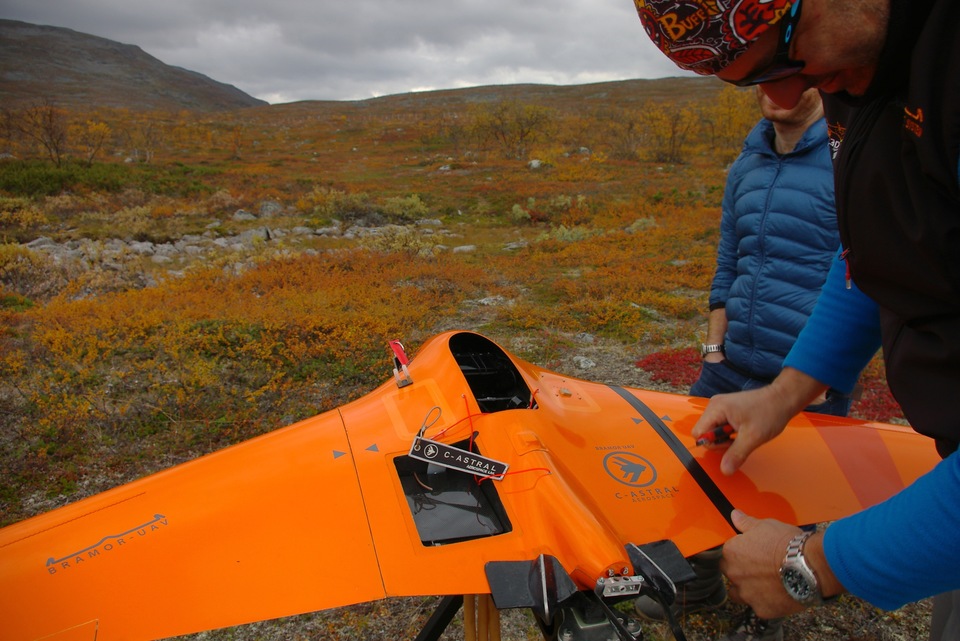 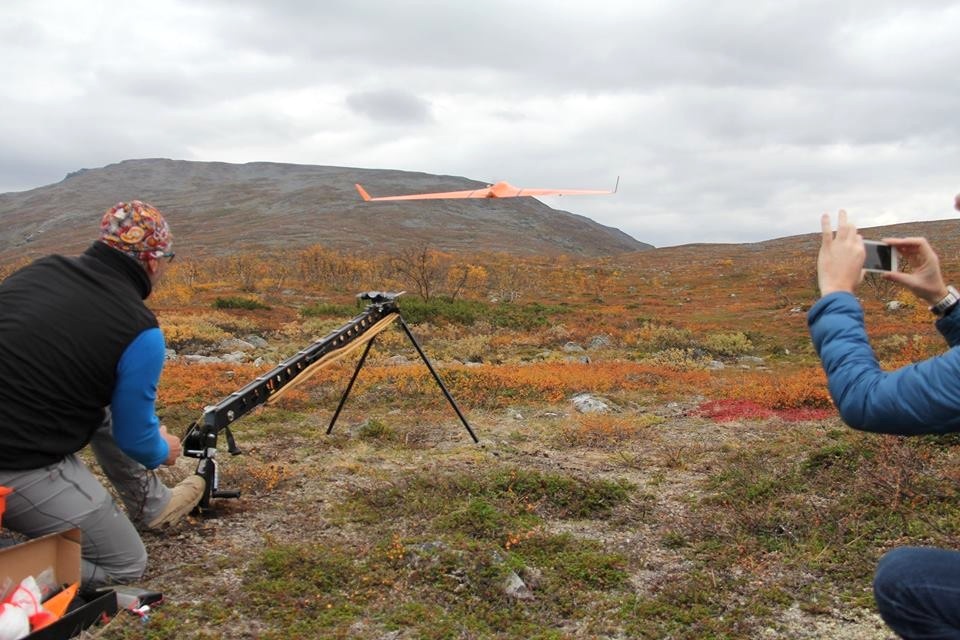 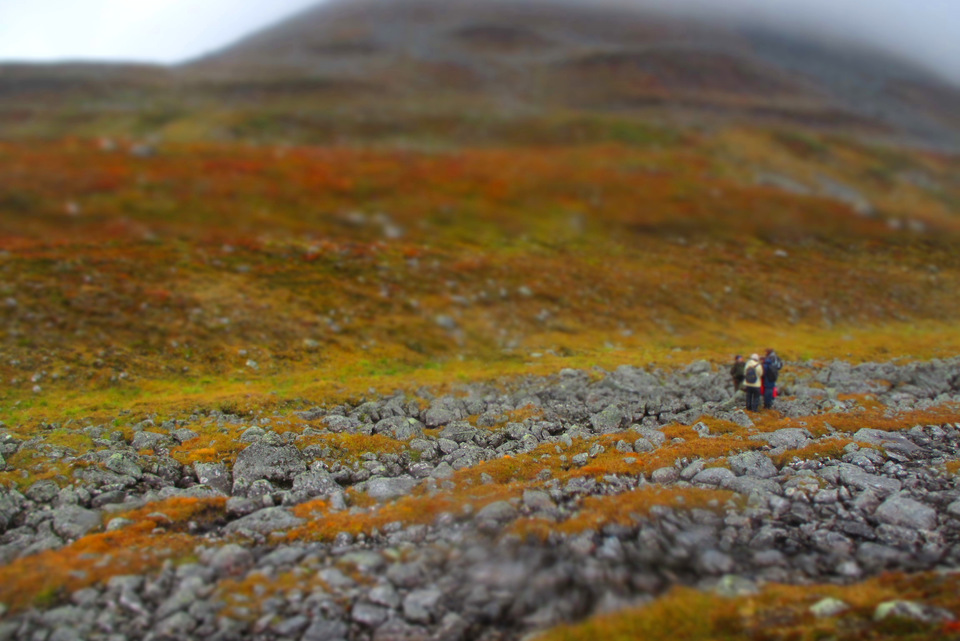 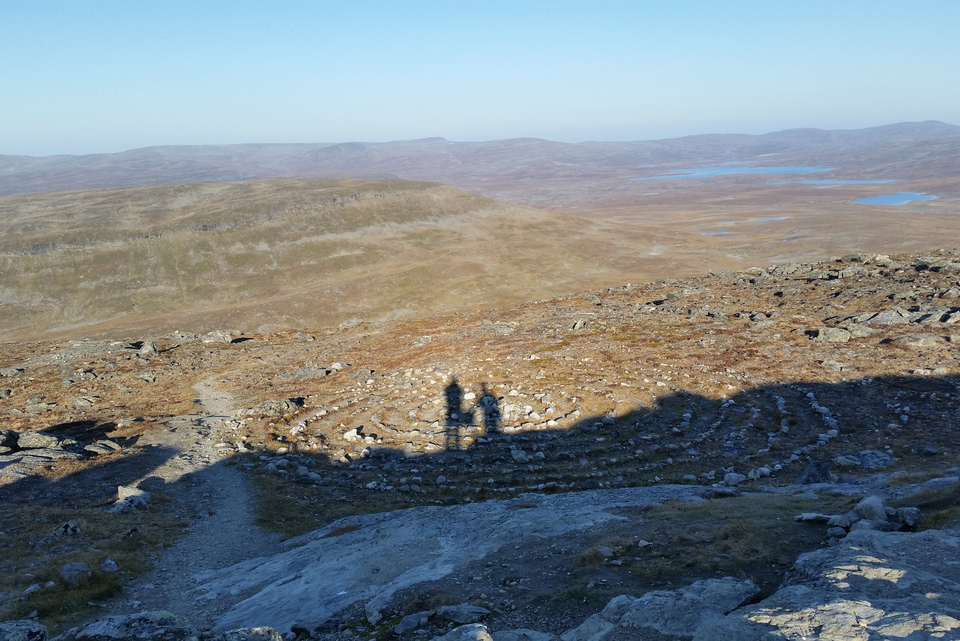 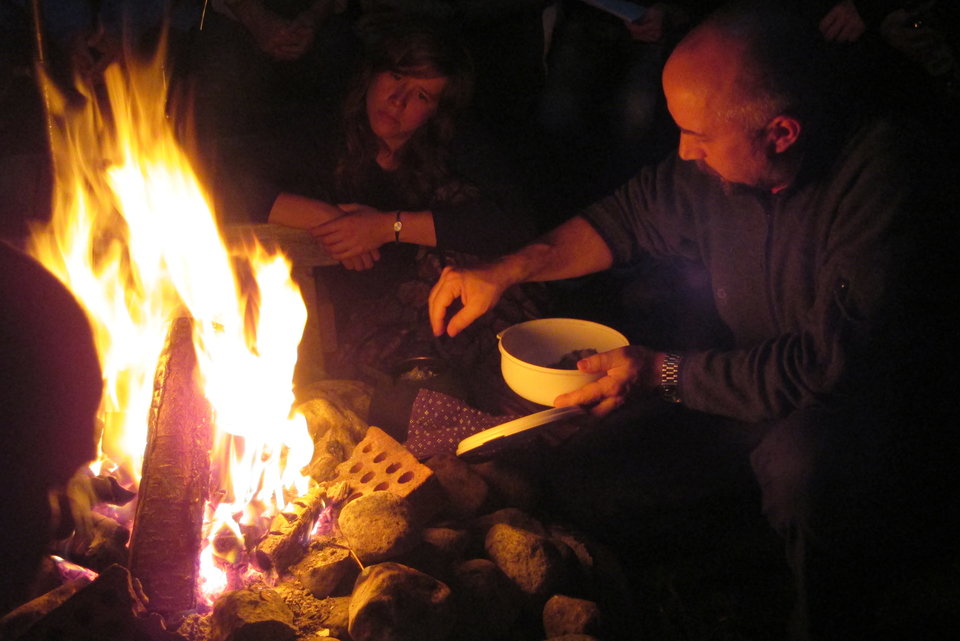 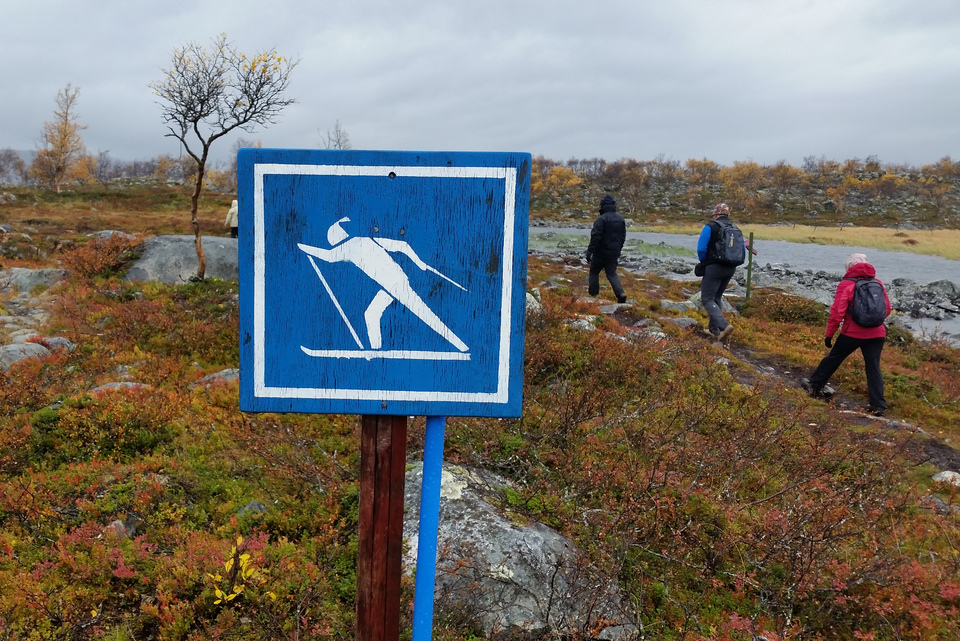 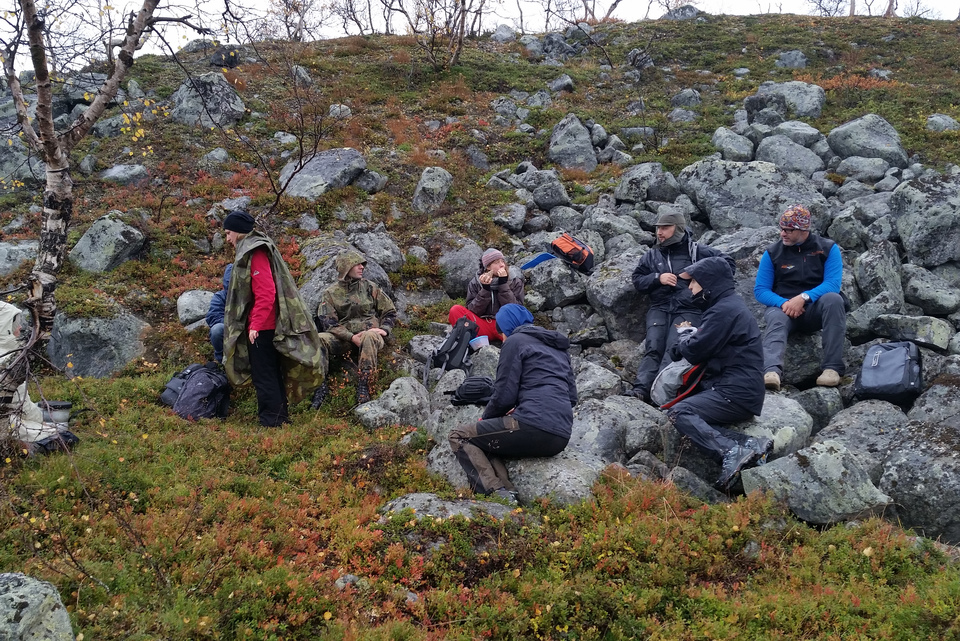 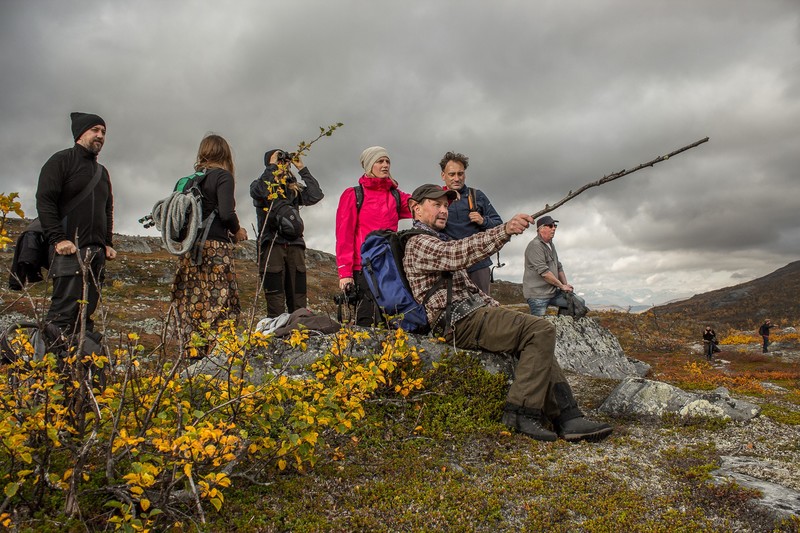 The following was the brief around which this group gathered and conducted its investigations:

Complex ecological networked systems can be observed, read and navigated by employing Intuition and Technology. Artists, hunters and herders, tactical media workers and scientists will be joining forces to develop, deploy, use and question enhanced sensing systems and methods. This could lead to new and surprising insights and construction of semantic territories, in which the gaze and measurement become knowledges and are projected back onto the land in order to structure completely new vectors of meaning, understanding and orientation. Our senses guide us through the world. Combined with experience, knowledge and openness we can begin to develop new relationships and understandings of Earth systems and our collective embedded positions within. We will develop the ability to augment these senses through Technology and Intuition, engaging Local and Traditional knowledges, Art, Engineering and Sciences. This group will explore the machinic in the ecologies and the animals in the machines.

This group was heterogeneous in many different dimensions, composed of hunters, poets, artists, nomads, anthropologists, surveyors, reindeer herders, programmers and coders, pilots, tactical media operators, tactical geographers, photographers...The few days of investigating and reading the Land resulted in a series of responses, that will yield future work, both in the framework of the current activities of the group's members as well as new joint future collaborations. SSOTL concentrated on the understanding of the Land; (Land here is intentionally capitalized, so it somehow captures all the Land has to offer – weather, flora and fauna, narratives, history and time). 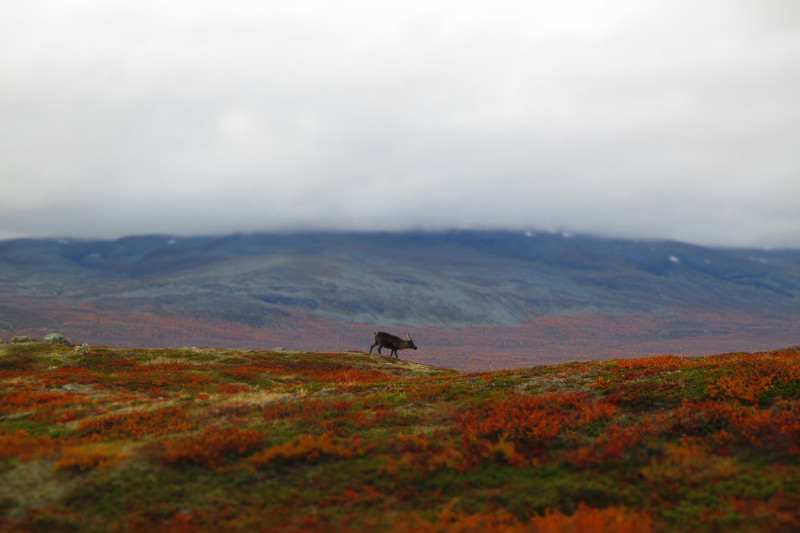 We tried to enhance all the rest of the traditional senses with Intuition and Technology. Due to the time limitations, we have decided to travel and concentrate on two vectors around the Saana fell, which dominates and dictates many of the possible and potential Land connected research dimensions in this area of Lapland i.e. 290deg - 100deg. 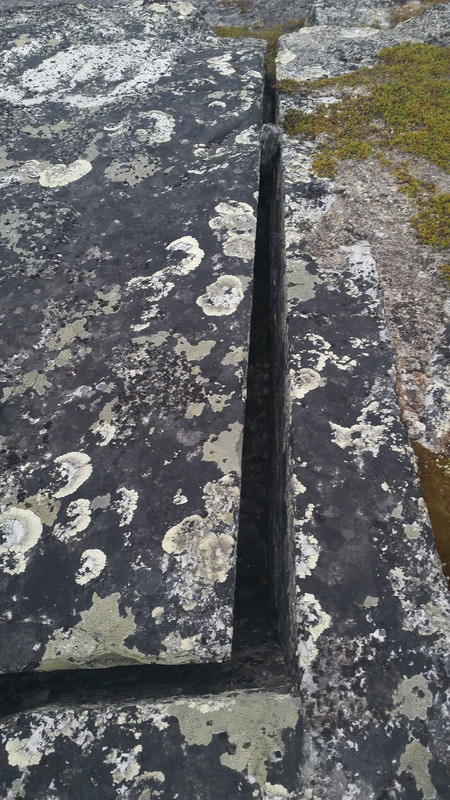 We found out, that being on the Land, sensing the Land, can lead to as many different perspectives as there are people. Can the use of technologies, both old and new, traditional and modern, augment our senses and lead to deeper understandings of the Land, its systems and our relationships to it? 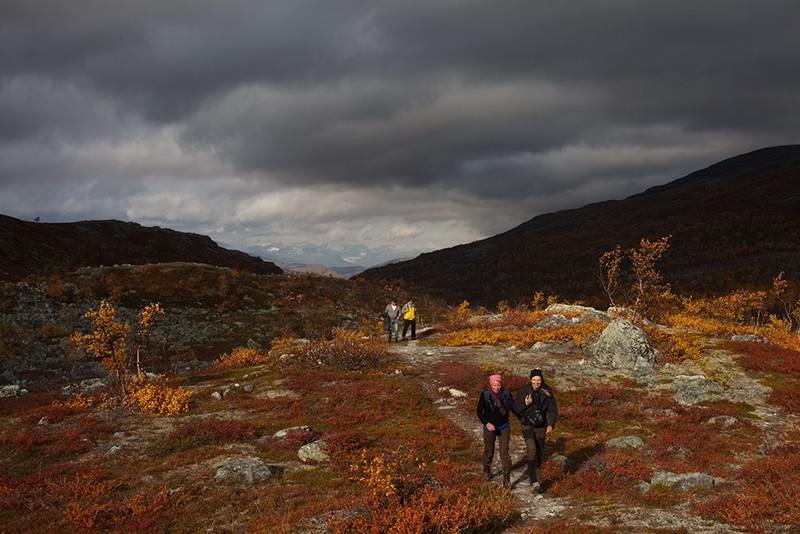 However, to paraphrase Virillio, with each new technology, come new tragedies. For instance, take the technology of the fence, a border between Norway and Finland, which was discussed very much within our group. A simple technology, yes, but in fact one that has prevented the natural migration and movement of reindeer herds through the seasons. Similarly, we also visited what was left of an ancient Sami stone fence near the Didno River in what is today Norway that was built by reindeer herders in order to separate their respective herds from one another. A different approach with a very different functionality and result. 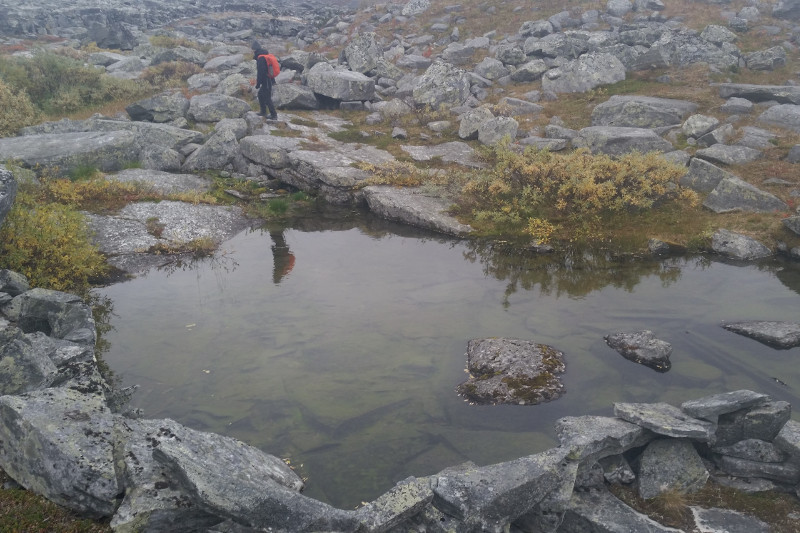 After a few weeks, Leena wrote:

“Oula is still thinking some answers to some of your questions. The process is going on. Oula also told about his memory while having his campfire up on the hills during the lunch. His campfire was made about similar kind of dry willow, as we had in Didno-river in Norway with you. He was next to the similar river where we were. He was watching around, and looking for all of you. Then he started to think what is the time and recognize that the time is very much like as disappearing. He's still thinking that.“ 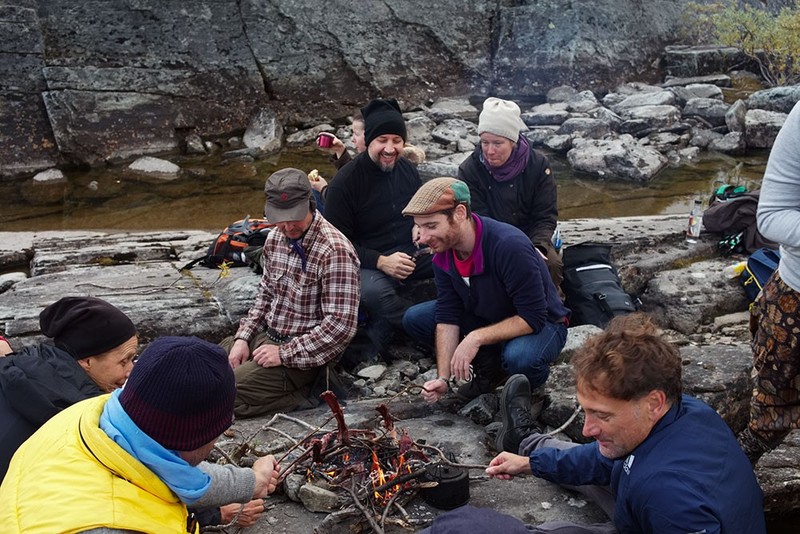 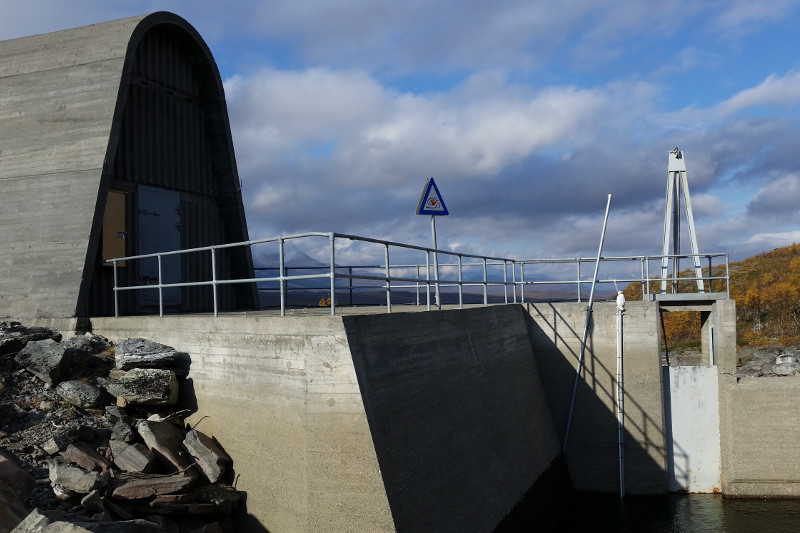 This Didno River Sami fence, and its design is a highly developed tool that has been refined through time in conjunction with understanding nature and the particular animal. The fence was built with a specific intent to allow for a fluid and sustainable form of husbandry, bringing man, animals and nature together. It still stands, but it is a site rather than a border. The border fence is precisely the opposite – it is built as a separator, in order to define ownership of a system which cannot be owned. It prevents the free movement of animals and man, it destroyed ages old North/South migration patterns through its construction. Many discussions, or really one long discussion was carried on over several days as the group tried to untangle the fact that the Norway/Finland border fence was a major problem, one that cannot be resolved simply, whereas the Norway/Sweden border just next door was open for passage of reindeer herds throughout the seasons. No simple “southern” understanding and typical undoing can of course solve this issue, since the traditional patterns have changed because of the fence and now new, adapted understandings of the Land and reindeer husbandry exist. 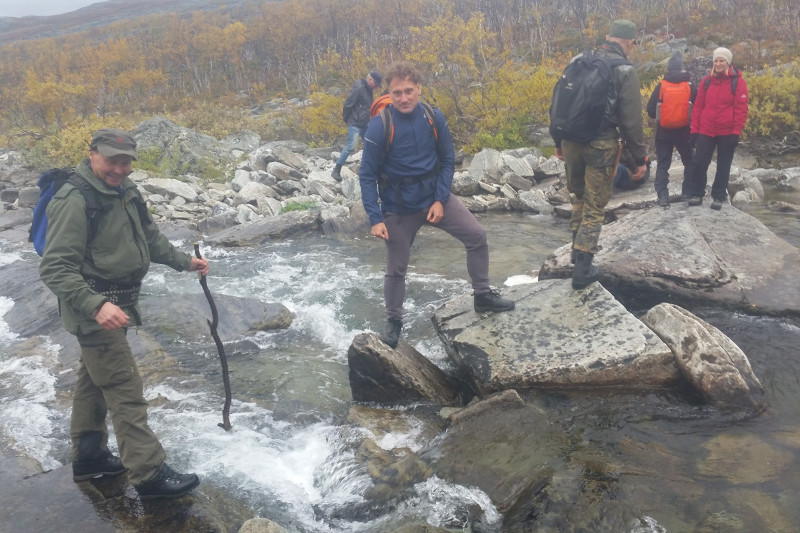 Since the fence seemed to be an interesting focal topic, we decided to approach it from another viewpoint quite literally. We flew an unmanned aerial vehicle equipped with the ability to take georeferenced orthophotos to create ortho-mosaics and maps of the Land over different areas defined and sculpted by the fence as well as over historical dwelling sites. 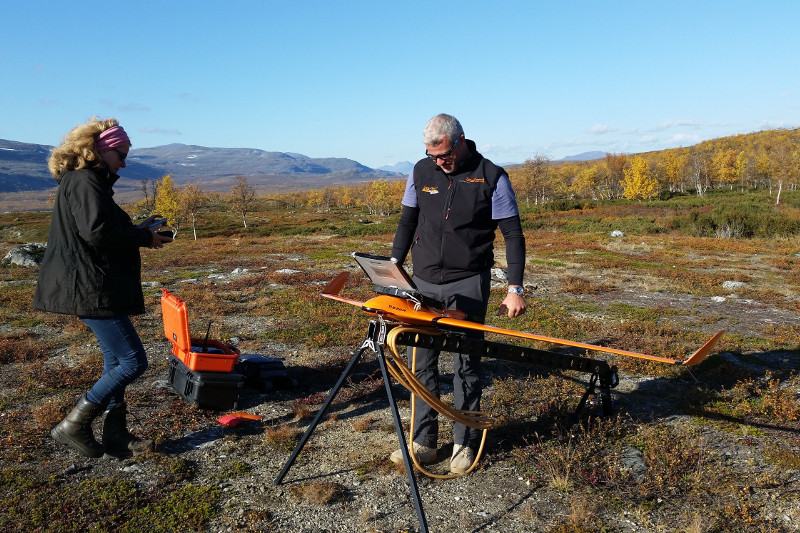 While processing and doing heavy statistical analysis of the collected data is time consuming, we were able to quite quickly observe the environment on either side of the fence and noticed immediately a difference between the Norwegian side and the Finnish side of the fence and noted that the Finnish side was more overgrazed than Norway. We assume this is probably due to the fact that the herds on the Norwegian side are able to continue their natural migration northward during the summer months. We also imagine that using these data sets could potentially be of use if there were to begin some sort of negotiations around the border, not that it would solve the competitive use among families but potentially there is a use for this in a larger governmental and geopolitical framework. Of course this fact is already well known by the local people who are herding and utilizing the land in this way, however by using these larger scale technological augmentations to vision – we can quantify just how damaging the interventions are to the Land through proper analysis and quantification. Remote sensing techniques can also lead to completely new insights in terms of reading and mapping the cultural Landscapes of the present and past and detecting changes over shorter and very long periods of time and we have decided we will conduct another, much more intensive campaign together with our Sami colleagues in the Spring of 2016.